South America, a continent I am pretty unfamiliar with. Glad to have such opportunity, though it was tiring to stay on a 30 hours door to door travel journey. It was Autumn, getting into Winter. Was glad to get both the gloomy chill and blue skies warm over the week's trip.

Not just the journey, I even had an opportunity to explore another airline - Turkish Airline. I was skeptical or rather placed very minimal expectation to the service. Even after hearing several positive comments. Glad I had that very low expectation, and I could sleep well throughout the journey. Nothing to WoW upon on the plane and service. Certain food (that I could understand from its English menu) tasted not bad, or rather I am not very particular with food.


Learned some Portuguese language. "Bom Dia" as "Good Morning".
Downloaded Google Translate app (thanks to a friend whom introduced it after her solo trip to Japan). The app saved me a few times, especially during a conversation with Havaianas sales assistant.


We were all blessed with good company and great local host (and family) on the Sunday.

We walked into a church.  Nice architecture, and I am sure it has a few decades (or century) old. 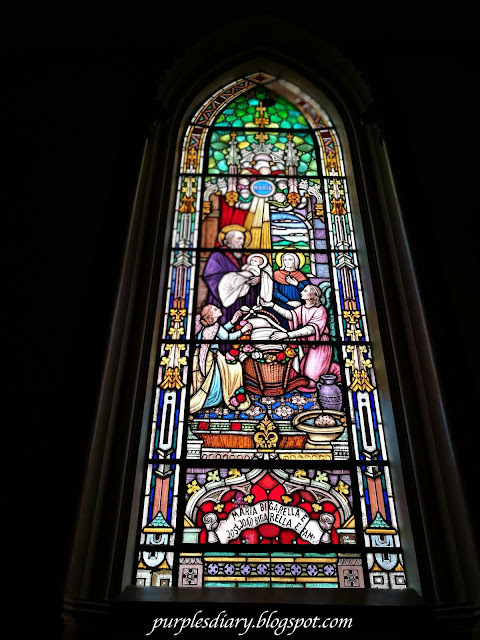 Foods and drinks were what we explored.

Caipirinha - one of the must try drink in Brazil. It's a refreshing alchohol drink served with juice, just like a cocktail. Unfortunately, mine was served with extra ingredient - Several flies or insects. 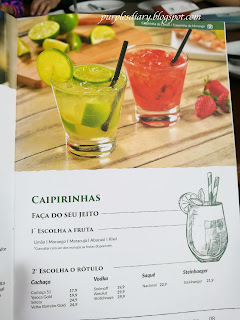 We had a short walk after our lunch. 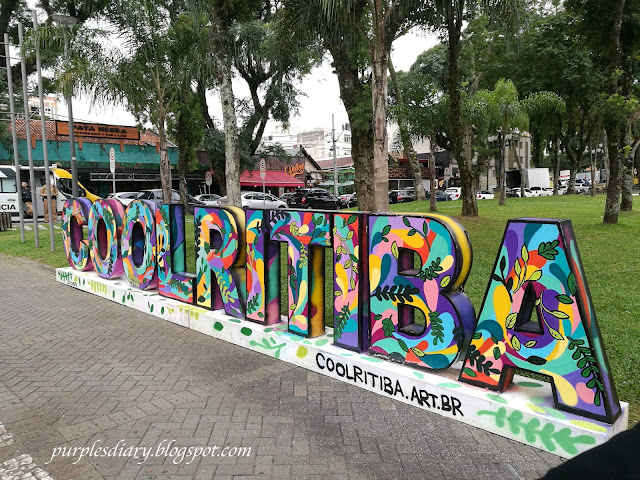 Coffee is also an essential drink to taste. Most coffee beans in the world comes from Brazil, they have wide rage of good coffees, and cakes were good too.

We walked back to our hotel, wondered around the streets.

Hotel usually drop us a personalised card and candy, informing us the following day's weather. It's conventional, yet the thought counts.

Foods exploration were on going each day. We experienced how the local have their lunch. Weighing machines on a buffet serving style. Each and pay the amount you pick. Just like our local mixed rice, a.k.a. chap-fun.


Guarana - It's a popular soft drink in Brazil. High in caffeine and sugar. Taste good too. I love it,  it's tasted like apple drink with coke's ingredient, caffeine. Understand the fruit is wold red berried native to the Amazon.

Pao De Queijo a.k.a. Cheese bread, we loved it very much. Had a few bites every morning.

A Japanese lunch buffet, which I forgot its name. Very localised Japanese dishes, and they are weighing meal too..

Another type of snacks we were introduced. Somewhat filled like curry puff, but fried with bread crump. Will update when I recalled the next time. 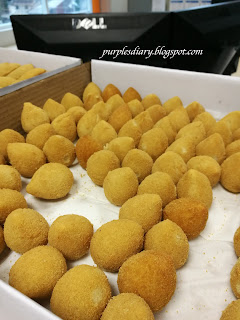 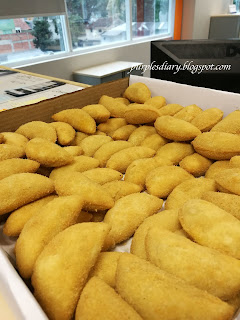 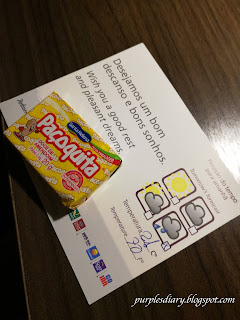 This burger was so much more decent than the fast food burger we had the night before
Nice weather came buy, 2 days before I left.

I remembered the potato gratin. It was a nice shared meal. 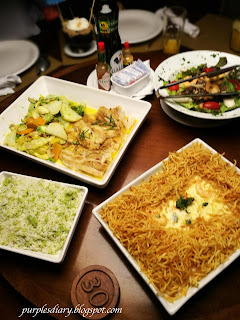 Another weighing lunch and it was a group lunch. Nice grill everywhere. 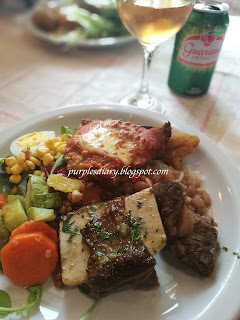 The liquor coffee was nice. I think I had the mint choco.

The entire meal was served as either cheese dip or choco dipped. It was interesting!

Standard hard rock cafe meal. Nothing to shout out, except the strawberry basil leaves soda. Will make this on my own one day.

End of report~
Posted by Purpledee at 6:32 PM 3 comments: